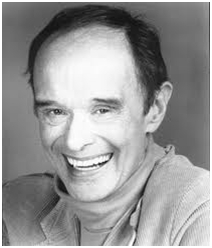 Bob Fitch will be holding a performance workshop for magicians on the weekend of April 6 & 7, 2013 in New Haven.
Each day will last about 8 hours.

In the past, magicians have had few resources available to learn theatre and movement skills. This  intensive, structured workshop has been tailored to magicians, and is intended to help them obtain  basic theatre tools and self-directing skills to take away and be able to apply to their work The
workshop is two days long in order to allow time to effect real, hopefully lasting, change.

Bob Fitch has worn many hats in his lengthy professional career (actor, director, magician, singer,  dancer). He counts twenty-seven Broadway Shows, including, A Funny Thing Happened on the Way to the Forum with Whoopi Goldberg.  He also staged the 1992 National Tour of Annie. He has dozens of TV commercials to his credit utilizing magic, juggling, fire-eating, dance and physical comedy.He played Second Banana to Mickey Rooney in Sugar Babies in Atlantic City, Lake Tahoe and the Desert Inn in Las Vegas. He toured with Liza Minnelli in her original act, plus Flora,The Red Menaceon Broadway. In films, he appeared in Stephen King's Thinner and with Steve Martin in Pennies from Heaven. He guested and choreographed on Burt Reynold's Evening Shade. He has taught dance for all the major National Dance Teacher Organizations.

He created the coffee cup illusion for the second David Blaine TV Special and coached also coached David Blaine for his second TV Special. His Fitch/Kohler Holdout was utilized for several effects by Criss Angel.

The cost will be $400 for the weekend.  Please contact CJ May for more information.