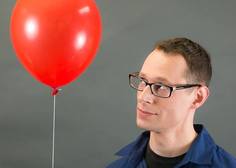 Annual Dinner and Installation of Officers

After dinner Entertainment by Derrin Berger
Derrin Berger has been performing magic for over twenty years. Derrin takes an imaginative and creative approach to prestidigitation that make his performances memorable favorites; he is often requested for repeat appearances.

He has won awards for his magic performances as well as for creativity, including the 1st Place Tannen’s Magic Close-Up award, 1st Place Tannen’s Magic Stage award and the coveted Creative Dude Award. Derrin’s passion for magic extends beyond performance. He is also an instructor and counselor at Tannen’s Magic Camp, held every summer at prestigious Bryn Mawr College in Philadelphia. His work at Tannen’s was recently featured in the award-winning feature film, “Magic Camp“. He also is a consultant and is part of the team that creates the magic seen on truTV’s The Carbonaro Effect.